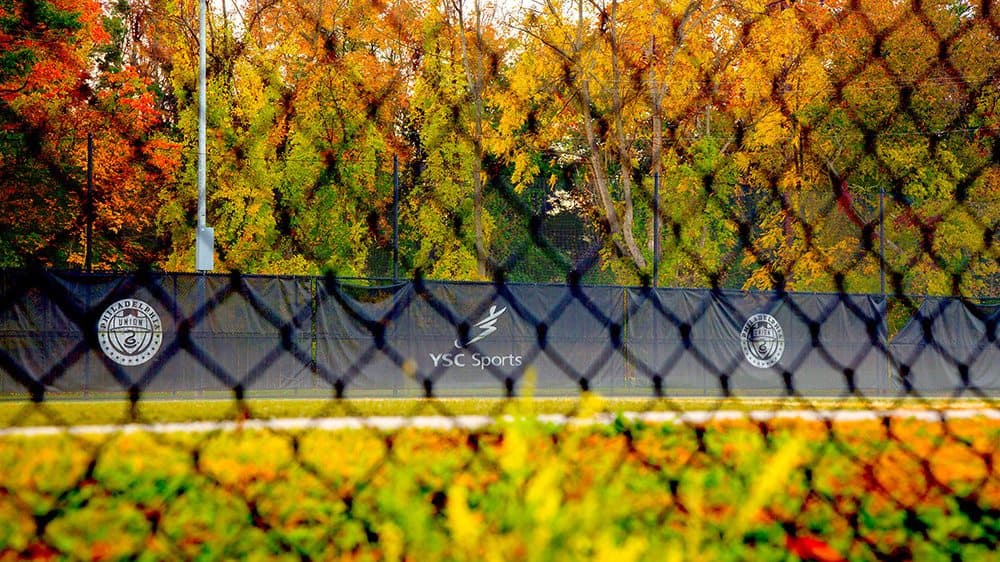 Inspired by the model of Burke Mountain Academy , the first sports-specific school in North America and by established, professional sports academies in Europe and South America, YSC Academy founder Richard Graham imagined a soccer academy where student-athletes could receive the academic support necessary to indulge passion for sport at the highest possible level and simultaneously encounter compelling academic ideas and work. Informed by extensive research of soccer youth development overseas, Graham determined to combine high-performance athletic training, high-quality secondary school education, and a culture characterized by passion, hard work, trust, and positive reinforcement, all supported by attention to research and best practices, staffed by world-class individuals. Occasioned by the development of elite soccer talent, the school would be a force in its own right, a substantial player in a fully-integrated development program. YSC Academy would participate in a network of enterprises concerned with athlete development, including Philadelphia Union Academy, YSC Sports, and HP Sports. A portion of the income generated by these for-profit entities would support the school; additionally, the staff and resources of these entities would support the mission of the school. Graham recruited the initial members of the school’s Board of Directors and negotiated the lease of the school’s present physical space across the street from YSC Sports.

Nooha Ahmed-Lee was appointed the founding Head of School. With a background researching learning and the brain and teaching neuroscience as a professor at St. Joseph’s University and with 30 years of experience in independent schools, she was charged with developing the school’s progressive program. Her specific belief that students should be in charge of their own learning recommends a program oriented to the production of self-directed learners. The program was designed to capitalize a student’s ability to know himself as a learner and express his intellectual pursuits. The use of online and blended learning approaches and of multiple modalities of instruction enables differentiation, personalization and individualization of the curriculum and accommodates the travel demands of students.

Strategically, the school is an integral part of the efforts of the Philadelphia Union and YSC Sports to create the highest caliber training environment available to youth players in the country. By providing the academic rigor of an independent school, YSC Academy contributes to an ideal environment to not only develop outstanding soccer players and students, but also exceptional citizens who strive to be active contributors in their communities.

When the school opened its doors in 2013 to its first cohort of students,  former U17 United States National Team coach and Technical Director of US Soccer’s Bradenton Academy John Hackworth called the opening of the school, “a huge and monumental game-changer for US Soccer.”

Since the school’s launch, the YSC Academy has sustained a bold vision of innovative education and world-beating player development. The school has grown from 35 to 85 student-athletes from within the US Soccer Development Academy. High-school-aged athletes in the Union Academy are strongly encouraged to apply and enroll in the school. Roughly 20% of the student body plays with Continental Football Club, an affiliated (and rival) academy team. In 2015, YSC Academy graduated its first class of eleven students. The students in this and succeeding classes have attended some of the most recognizable institutions for higher learning.  In 2016, Auston Trusty became the first graduate to sign a professional contract.